This past weekend on Saturday, we went to the mall where there is a place with bounce houses and a new marry go round with three horses. It has a warning that a parent needs to be present and not allow the child to be off the horses. Easier said than done when your child has ride fear of missing out.

On Sunday, we went to the park she loves. This time the FOMO reared its head in getting upset about other children trying to use the same slide. And wanting to use the next swing over, even the one identical to the one she was in.

That said, once she found the right slides (one rated for 5-12 year olds), she wanted to do them over and over and over. The issue with the other children is they were preventing her from getting back on it fast enough.

Internet junkie. I still read blogs. Everywhere on the Internet.

This site uses Akismet to reduce spam. Learn how your comment data is processed. 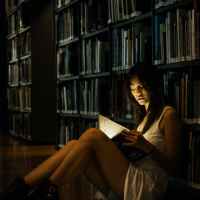