Galahad takes music lessons which happen to be on the other side of town. I usually have the radio on and when something provocative is said, I turn it off to talk with him about it. I ask him questions to suss out what he thinks about it.

Somehow the topic for this drive home was pi. I explained that some mathematicians prefer tau instead and described what it is. He mentioned that the pi(e) meme-mification meant that it had staying power. However, I realized he was stuck on the concept of a pie as dessert.

So, to mess with his concept of pie, I asked what he thought was in shepherd’s pie. That frustrated him a little bit but not enough in my estimation, so I brought up a pizza pie. This deprived child. Had. No. Knowledge. Of. Dessert. Pizzas. He was stuck on the disgustingness of apples and marinara.

Finally, he defended his concept of a pie as only pastries. So, I got him to look up just what is a pastry. He doesn’t look past the first one, which he read as:

a dough of flour and water, used as a base and covering in baked dishes [1]

He seizes on the lack of mentioning sweets in this to decide that many things are pastries that he never before considered:

He immediately texted his friends and was obsessed with this for the rest of the evening.

I am glad to help him work through trying to hold these conflicting thoughts at the same time and poke at him to think more deeply about them.

a dough of flour, shortening, and water, used as a base and covering in baked dishes such as pies

I don’t remember him mentioning the shortening item. Or fats or anything similar that would indicate he knew what that is. I don’t think he knows enough about cooking to make the distinction. If he did, then he would know calzones and raviolis do not have a shortening ingredient in the dough. So, they are not actually pastries.

P.S. Next, I need to work on his research skills. He will love the Pop-Tarts are ravioli debate.

Fleur is ten months. She is crawling and standing. She has preferences and willing to enforce them.

Galahad is seventeen years. He has a year and a half of high school left. He wants to become an engineer. We get along okay for me being a stepfather.

The wife recently resigned from her job to become a stay at home mother. The job was not a good fit for the time. 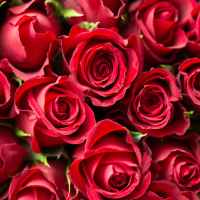