Fleur: is this the right foot?

Me: that is the right foot and the correct shoe.

I wanted emphasize “right” in the context of side and not correctness. Left/right and correct/wrong. I am perhaps a bit sensitive to how in technology we take existing words and re-use them for new meanings. For a time it creates confusion as people acclimate to the new meaning.

The usefulness of language is in how easily we communicate concepts to each other. This right shoe case is a niche where the same word with different meanings could cause confusion.

But, at the same time it makes me think harder before my morning coffee so it left an impression.

If as a side effect she becomes overly precise in her word choice too, it may drive Ada and Fleur’s teachers nuts, but I will adore it. Words have meanings.

Fleur doesn’t like my pet name for her: Baby. It earns an instant protest about not being a baby.

My mother claims to Fleur that I am her baby. Taking in this information became a game changer. Until recently, Fleur rejected even that.

She slowly but surely has come around to accepting that she is and will always be my baby.

Fleur is well full on into the “Mine” stage. Some of the recent claims:

The funniest thing to me is how she repeatedly declares it. Even when you reply with “your ball”, she still repeats it as though you are going to take it.

I think I need to take up more random objects whose names she does not often say and claim them. It seems like a good way to get her to say the word.

Recently, Fleur and I have been having debates on the proper label for some pictures. I call them whales whereas she calls them sharks because they look like the animations from Baby Shark. Instead of a post about that, I decided to repost this series.

Homo Sapiens Sapiens cheated evolution in one critical way by creating language. Rather than rely totally on instincts passed along by genes, we pass along an enormous amount of information to our proteges through memes. These may not even be the descendants of our genes. In working together on something, we share enormous amounts of information.

Everything including physical objects, ideas, and behaviors all have a label. Sometimes more than one. A label is a way of identifying something without having to go into the gory details of explaining it every time. (Like I just did.) I can call something an “apple” and anyone who understand this word knows what I mean. Labels bring efficiency to language. Until it does not.

Framing and metaphors are a couple of the tools behind labels. Through them labels acquire properties which then influence how we think. We can be manipulated by these thoughts simply by others choosing one label or the other. A great experiment has test takers write random number at the top. The larger the number, the better the test takers did on the test. How a question is phrased in a poll skews the responses. When we use metaphors also we constrain our thinking. Using the metaphor of a clockwork universe makes us think of mechanical devices and how everything around us are such devices.

Maybe English is a special case. Between Frisian (the ancestral language that make English belong to the Germanic family) and French from the Norman Invasion, English has multiple words for things. Throw in the Melting Pot that is the United States with making up jargon for everything. This language is an absurd mixture of strange meanings. Certain words like “set” have so many definitions one needs to hear or read it in context to understand it.

Then we also have LABELS. LABELS are also labels but have the special nature of how we classify other people. They are how we split people up into groupings to say one is not like another. White vs Black. Extrovert vs Introvert. East Coast vs West Coast. Democrat vs Republican. All are arbitrary. Many are misunderstood. They drift into caricature stereotypes causing hurt. This is where our -Isms arise. Nationalism, racism, or sexism would have no place without powerfully overly broad LABELS. As our conversations become more mature, we need more and more LABELS to express the nuances even while others resist change.

We need labels in order to communicate with each other. We just need to recognize their fallibility. And somehow avoid hurting each other while expressing ourselves.

Language acquisition is hard on a toddler. Fleur knows what she wants. It is a matter of getting me, the parent, to understand.

And dealing with the frustration when I fail to get it. In true toddler fashion there are moments where there is pulling at me while vocalizing displeasure because I am not doing the right thing or not the thing in the right way.

Then maybe I figure it out and we are both happy.

Or maybe she improves the pronunciation / enunciation or pick an easier term to pronounce. And we are both happy.

My personal favorite is when Fleur improves the pronunciation or enunciation. It shows problem solving through experimentation. Okay, far too often I feign ignorance just to see if she will try. I want her to work through how to manipulate me through communication. After all, persuasion is why we have the big brains we do. And language acquisition is how we persuade.

Parents of toddlers master a patois spoken by a population of one. We come to understand the various mixtures of missing consonants or inappropriate vowels. Then repeat back to the one the correct pronunciation.

A section of the brain is devoted to tracking how they use the phonemes. Then mapping that to meaning. Basically it is like learning an almost foreign language. The usage is similar. The grammar is simpler though growing more complex over time.

This caught my interest as having a non-cultural name, it stands out. My racial background stands out. In naming Fleur, we wanted something that stood out but wasn’t so strange as to be offputting.

We use a variety of techniques to make sounds that are used to comprise noises. A sonorant has a continuous free-flow tone and is like a vowel or /m/ or /l/ -like sound.

Apparently, certain sounds are associated with certain kinds of things called “sound symbolism.” This is interesting because maybe certain things have certain names not because the name has been passed down through generations but because our brain gravitates to the sounds for the name.

This paper is a look at associations related to phonemes and first names and personality. This sounds kind of astrological to me. The good news they are using Big Five + Honesty-Humility not MBTI.

The baby babble took an interesting turn with these monologues that remind me of… well, there is no good way to say it… but, I really don’t want to… so, here goes… Hitler.

She has the cadence down. The cadence sounds German and very, very passionate about whatever it is that is the subject of her monologue.

English is at its core a Germanic language. It is named for the Angles who were a Germanic tribe who migrated to the island that is now the home of England. Another major influence comes from the Saxons who were another Germanic tribe. Frisian provided yet another Germanic influence. William the Conqueror brought a French influence so the royal court spoke it while the commoners spoke English, but eventually, the two merged into modern English.

Guess this makes me wonder if most English speaking kids go through an oratory phase like this? Or is this cadence thing more universal such that all kids speak something similar? 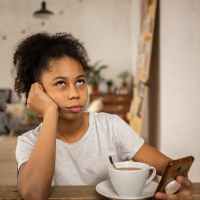