Fleur has a tablet which I let her use under supervision. Instead of just watching movies or shows, I introduced her to a couple games.

One, My Baby Unicorn, has the use care for a unicorn. Basically a graphically intense Tamagotchi. At this age, Fleur doesn’t understand the need to keep each of the needs from reaching empty.

Still, the dopamine rush gets her excited to do the various things. I can see supervision is going to be important for decades to come. Without it, she may become as addicted as I am. So, I will try to set limits that will help her learn discipline.

Fleur went through a fairness phase. It especially escalated around age two where she would express displeasure about unfair treatment. I have no doubt her like and dislike of daycare adults is based on her perception of their being fair. She is getting better about expressing that position. But, I would agree she has been evaluating this since around a year old.

The results suggest that toddlers reward those who are acting fairly, adding to the evidence that very young children have a strong sense of what is “right” or normative. But, interestingly, these kids don’t seem to punish those who have been unfair (in fact, the researchers suggest that the children instead tended to avoid making responses towards unfair distributors, as they touched the screen fewer times overall after seeing those who acted unfairly).

At Just 16 Months Old, Toddlers Will Reward Someone For Acting Fairly

Lots of ideas about evolution suggest the human brain is geared towards communication. However, I would suggest that brain power is about evaluating fairness. People suck at mathematics and logic until it deals with fairness for themselves. Communication is also about fairness in that we talk and write to establish common ideas upon which to make judgements.

Changed Fleur. As I carried her down the hall, Luna attacked my calf. Fleur was wailing at the time. It reminded me of my childhood cat doing something similar to my mother.

It made me think of how cats learned to manipulate us with their meow by making it sound like human babies. We are very much attuned to our offspring. So, it was brilliant for felines to leverage this against us.

Of course, over usage of the baby crying range by our cats drives my wife crazy.

I made the mistake of taking Fleur to the store so now she wants to go there all the time. But, additionally, as soon as we walk in the door, she tells me, “I have to go potty.”

Without fail. Without remorse. Every time.

It feels like Classical Conditioning. Something about entering a store is like Pavlov’s bell. It triggers the need to go. So she tells me and we go. Thankfully in most cases we have been, the restrooms are close to the door. Stimulus is the entrance. Response is the need to urinate.

So far we are seven for seven. I need more data. But, I am not willing to get more exposure for the sake of science.

Something that irks me is the notion that the only science worthy of being conducted is that which has a direct practical application. I think if humans were omniscient enough to know what is useful, then we really would be past doing science.

The case which prompted this post: the reconstruction of a mummy larynx. True, it doesn’t directly help a living person. Plenty of people damage theirs in car accidents, falls, etc. By acquiring an 3D image of the person’s and building a replica, we could replace lost ones. And the person could have their same voice. Voice is part of identity given we recognize others by the sound of theirs. Mechanical replacements that sound inhuman are like wheelchairs: approximation, but the user still loses a lot.

Science and technology are collaborative endeavors. Others replicate a finding. They take an idea and do something similar but different to see if there were hidden variables that change the finding. Or, produce a product from the idea.

Too much focus on practical science is what led us to the Replication Crisis in psychology. People needing a useful result, meant not enough people replicating experiments to see if the results held. Mythical results went years without anyone publishing they were bunk.

Children are wired to seek protection from adults around them. Being born years before their ability to survive on the savannah, they need us to keep them safe from the dangers around them. And being adorable is how they ensure we will do so.

It is not vanity making us think our child is the cutest of all. Adults who find their offspring adorable spend more time aware of them and keeping them out of danger to survive to produce descendants. It is an evolutionary hack of our brains.

Of course, even knowing all this, I think my own is still the most adorable of all. Cognitive dissonance tells me so. 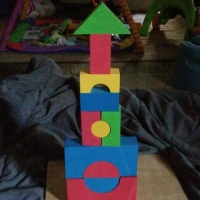 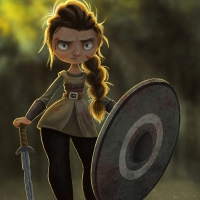